The UN reports that total annual greenhouse gas (GHG) emissions in 2017 reached a record high of 53.5 gigatonnes, an increase of 0.7 percent compared with 2016. There’s no arguing that CO2 poses a serious threat to the planet and humanity; there’s simply too much of it in the atmosphere for Earth’s natural processes to absorb. It’s out of balance, and like a thick thermal blanket it’s trapping heat, pushing the planet closer to the 2 ºC limit for global warming set by the 2015 Paris Agreement.

One of the solutions that the UN suggests to reverse this dangerous trajectory is “widespread” use of bioenergy with carbon capture and storage. That’s where companies like Carbon Engineering Ltd. (CE), from Squamish, B.C., are ready to step in. Its pioneering technology captures CO2 directly out of the atmosphere. Since opening its doors in 2009, CE has developed and demonstrated a Direct Air Capture (DAC) technology that can be scaled up to grab megatonnes of CO2 directly from the atmosphere. The company’s complementary AIR TO FUELSTM (A2F) technology convert atmospheric carbon dioxide by combining it with hydrogen from water, powered by renewable energy sources, into ultra-low-carbon fuels. These fuels are produced with significantly less land and water requirements than biofuels, are cleaner burning than fossil fuels and can power existing cars, trucks and airplanes without any modifications. The process has minimal impacts on food production, land use and water security.

Another investment of US$68 million this past March highlights growing commercial interest in DAC. Carbon Engineering’s CEO Steve Oldham explains, “This financing round – the largest of its kind into a DAC company – shows the growing recognition of both the benefits and commercial readiness for our DAC tech.” He says DAC technology can be deployed to help companies and nations meet their climate change commitments and achieve significant emissions reductions, while at the same time creating opportunities for jobs, economic growth, and investment.

Some of the funding will go towards building CE’s Newport Innovation Centre in Squamish, B.C., which will include an Advanced Development Facility and a fully integrated DAC and A2F plant capable of capturing 4.5 tonnes of CO2 from the atmosphere daily, producing at least 320 litres of ultra-low-carbon fuel. It is expected that the facility will be a model for air treatment infrastructure on a global level.

“Climate experts tell us that, alongside other mitigation solutions, carbon removal technologies like DAC are going to be essential if we hope to decarbonize in time to avoid the worst impacts of climate change,” says Oldham. “These carbon removal technologies need to be deployed widely and at large enough scales to be climate-relevant. With an increasing focus worldwide on the need to transition to a low carbon economy, companies that provide cost-effective and scalable solutions for lowering carbon levels will be leaders in an emerging global economy.”

Share
Previous Taking action against wasteful labs
Next Mohawk College: We can be zeros (that is, net-zero) 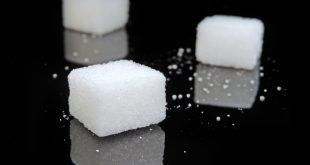 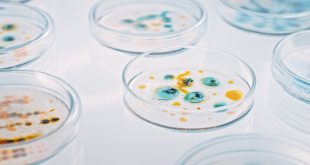 A geneticist uses a simple pump to filter microscopic genetic samples from air. The approach …