Robots are revolutionizing healthcare in unprecedented and remarkable ways. Today, they’re assisting surgeries in operating rooms, caring for elderly patients in their homes and delivering specimens throughout hospitals, among other tasks. The market for health care robots, including surgical robots, hospital robots, and rehabilitation robots, is expected to grow in revenue from $1.7 billion in 2016 to $2.8 billion by 2021, according to a Research and Markets report.

For those involved in the technology development space, being future-minded is part of the job. Michal Prywata is Chief Technology Officer and Co-founder of Bionik Laboratories, a medical device and robotics company that provides rehabilitation and assistive technology solutions to people with neurological and mobility challenges. While studying biomedical engineering at Toronto’s Ryerson University, he co-invented the world’s first robotic, prosthetic arm that is controlled by brain signals.

“I originally wanted to be a doctor, but became very interested in the robotics space and decided not to pursue medicine,” he says. “I thought, ‘I have all this knowledge in biomedical engineering, I’d love to apply it to real-world applications in health care, work with patients and create technologies that have a global human impact.’”

In 2010, he started Bionik Laboratories in Toronto, and in 2016, opened a second headquarters in Boston. The benefits of being in both locations include harnessing top talent and working in prime healthcare and technology hubs. Approximately 50 people work for Bionik Laboratories, and 70 per cent of the team is on the engineering side.

The lab in Toronto is approximately 6,000 square-feet and is used for prototyping, software development, electrical systems development and also includes a general engineering space for industrial design. The Boston lab is approximately 12,000 square-feet and includes production and prototyping space, a shipping and receiving area with a dock, a controlled storage area, and an engineering area with space for testing. Both labs are equipped with various software and hardware tools from oscilloscopes, load cells, cameras, simulation software and measurement devices.

“One of the earlier designs of one of our products had some heating issues, so we brought in thermal cameras and had patients walk in the devices. We were then able to find out where the heat was forming and how it was dissipating through the structure,” Prywata says. “We also use 3D printers and machines for prototyping textiles.” The robots require a precise fit to conform to a human user so Bionik prototypes the materials in-house and once perfected, sends them on to a manufacturer.

The company has three products on the market: the InMotion ARM, InMotion HAND and InMotion WRIST, which have been sold in more than 20 countries and have been especially beneficial for people who have suffered a stroke or those with cerebral palsy. In 2017, the company celebrated the deployment of its 250th robot. These products respond well to the patient’s movements, effectively guiding them through exercise treatments and providing quantifiable feedback on progress and performance. “These are intelligent robots with computers built in that use a combination of artificial intelligence, machine learning and sensors,” says Prywata. “So every single fraction of a movement is tracked and reported back to us for review.” The products are also the result of medical engineering research and development at the Newman Laboratory for Biomechanics and Human Rehabilitation at the Massachusetts Institute of Technology.

“We have two main technology platforms, the first being on the recovery side,” says Prywata. “So through a series of movements that are calculated by the algorithms within the machines themselves, our technology can trigger neuropathways to form in the brain.” A large portion of the thousands of patients have been able to recover use in their arm, hand or wrist – fairly common parts of the body that lose functionality after a stroke – proving the technology’s effectiveness. The company is also developing technologies to recover functionality of other parts of the body post-stroke.

Bionik’s second platform is focused on the assistive side, where the goal is mobility rather than recovery. The company’s main product in that area is the ARKE lower body exoskeleton, which is currently in clinical development for use within rehabilitation environments. The ARKE allows people who are paralyzed to walk. “While they would normally be using a wheelchair, when they put on the exoskeleton, they can actually stand up and walk,” says Prywata. “It’s not for walking around your home or anything like that, it’s still a technology that’s a bit expensive, but it will get there eventually. In a clinical setting, these people are able to get up, walk around and feel a little better. We’re expanding that technology platform to work with a broader population to not only include people who are paralyzed, but the aging population; perhaps people who have a general weakness in their body, for example, or someone who has had a hip replacement.”

In June, Bionik announced a joint development project with Wistron Corporation, an original design manufacturer with headquarters in Taiwan. The two companies will design, engineer and manufacture less expensive, lower-body assistive robotic technologies for mass commercial sale within the consumer home products market, based primarily on Bionik’s ARKE exoskeleton. They also plan to incorporate other intellectual property relating to Bionik’s acquired or licensed assistive robotic technologies. The companies plan to target the Asian market initially, where the Asian Development Bank projects the aging/elderly population will hit 983 million by 2050, increasing the need for affordable assistive technologies over the next half-century.

“Right now, a lot of my focus is the technology direction of our new product lines, supporting development activities to improve existing products and handling all our major partnerships which happen to be focused in Asia,” says Prywata. “Partnering with Wistron is something we’re excited about. We’re also developing our expansion into China and are making sure we get all the approvals. We’re in the process of setting up an office in Beijing.”

One of the features that have garnered much interest in the ARKE exoskeleton is the integration of Amazon Echo and Alexa technologies. After successfully launching a prototype, the company is encouraged by the freedom that voice-controlled technology can provide to patients. “People who are paralyzed may have trouble balancing; they may be holding crutches and need their hands free to protect themselves and help themselves up,” says Prywata. “Instead of someone clicking all sorts of buttons, they can change parameters or settings with their voice. It makes their lives a little easier. If we can find a way to implement voice-activated or gesture-controlled [technologies] into the future of health care, it will be beneficial in many areas.”

Bionik’s innovations can be attributed to having “the right kind of minds in the room,” says Prywata. “We have a strong team that understands the industry really well, specifically with the types of patients that we’re working with.” He explains that the process begins with a brainstorming session to talk about the targeted patient. By applying developed principles from previous products, Prywata’s team will see how it can improve on those principles to understand the problem and treat that specific type of patient population. “Then we jump into the concept phase of engineering, come up with some conflicts and test them out with some of our advisors of key clinics,” he says. Once a decision is made on the concept, it goes into development.

“It’s a lengthy process of back and forth, designing concepts, testing them and once you have a functional prototype, you’re taking that prototype and testing it in a clinic on a number of patients. We see what the outcomes are and then go back to design and improve it based on the feedback of the testing that you just conducted. Then when you eventually get to a product, you have to get it FDA approved and certified and you have to go through that process in every country that you sell it in as well.” Abiding by restrictive rules and constantly changing legislation can be expensive and a challenge for smaller companies in the health care robotics industry, Prywata adds. “There’s a lot of red tape in the health care industry and in many cases, it becomes prohibitive to enter a market somewhere.”

Depending on the product, he estimates that from start to finish, Bionik can get a product out that will benefit the patient in a matter of 18 months to two years, since much of the infrastructure already exists. “If we’re building a new product in neurological recovery, we know how to do that. We’re the experts in that area, so we know how to build without problem. If we’re talking about assistive technologies, that’s also an area we’re familiar with and we know how to go about building a new derivative of that product. If it’s something completely new that we haven’t worked on, it will take a little longer, but we still have the right infrastructure to be able to efficiently develop the product.”

Bionik Laboratories is primarily investor-backed and continuously expanding new product line development to stay competitive in the health care robotics industry, which Prywata says can also be collaborative. “A lot of CEOs of competing companies talk and exchange ideas. In many cases, you’re creating the market, so it helps to have competitors in some ways because you’re paving the way for a new market together.

“Our ultimate goal is that the people who are using our devices will recover and we hope that everyone who works with our products will experience an improvement in their quality of life through technology.” 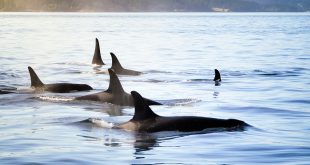 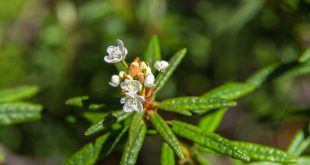