In 1966, Alf Erling Porsild was awarded the Massey Medal by the Royal Canadian Geographical Society. The Massey Medal is an award given annually to recognize outstanding personal achievement in the exploration, development or description of the geography of Canada. Porsild was a Danish-Canadian botanist who grew up on an Arctic station located in West Greenland. He served as assistant botanist at the Danish Biological Station in Greenland from 1922-1925 in his twenties, before being invited by the Canadian government to undertake a survey of reindeer grazing potentials in northern Alaska and the Northwest Territories of Canada. During his career, he authored more than 100 scientific publications on the Canadian Arctic Archipelago and the Rocky Mountains.

He made thousands of plant discoveries, resulting in 80 new species being currently housed at the National Herbarium of Canada at the Canadian Museum of Nature, in Ottawa. Porsild made such an impact on botanical research in Canada that the Canadian Botanical Association created the “Alf Erling Porsild Award” in recognition of the best paper published in the field of systematic and phytogeography solely in his honour. 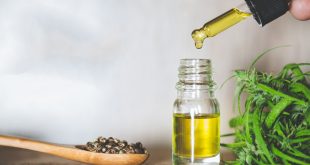