By the time you finish reading this sentence, you will have taken another breath, gifted to you by Earth’s oceans. Critical to life on the planet, the oceans produce over half of the world’s oxygen, while absorbing a third of human-produced carbon dioxide; but, our oceans are under tremendous stress, experiencing a potentially catastrophic decline brought on by climate change, pollution and the planet’s growing population.

One of the organizations working to understand and analyze this situation is the Ocean Frontier Institute (OFI), a partnership between Dalhousie, Memorial and Prince Edward Island (UPEI) universities, which opened its doors three years ago with an investment of $227 million from the Government of Canada and various private and public-sector organizations. Driven by a multi-year strategy for research, collaboration and capacity-building, OFI defines itself as an “interdisciplinary transnational hub” that connects marine researchers on both sides of the North Atlantic, in a collective effort to keep the ocean safe and support development of Canada’s sustainable “blue” economy.

Wendy Watson-Wright, the institute’s first CEO, has seen a growing wave of global recognition that things must change. A trail-blazing champion of the deep, Watson-Wright previously worked for Fisheries and Oceans Canada and the Intergovernmental Oceanographic Commission of UNESCO.

“The whole energy around the ocean, globally and in Canada, has burgeoned in the last couple of years, but it’s taken a long time,” she says, while pointing out that the Canadian government has been supportive with initiatives like the Ocean Protection Program, the Atlantic Fisheries Fund and the Ocean Supercluster.

“We all need to recognize that it’s because of the ocean that we can all live on this planet. And whether you live inland or on the coast, what happens to the ocean will affect all of us,” says Watson-Wright. “OFI is trying to contribute to learning more and to coming up with solutions to the issues that are facing the ocean and coasts.”

Two years ago, the institute rolled out its first phase of research funding, with 16 large projects (expected to conclude by 2022) that include scientific analysis of the changing ocean ecosystems, as well as studies to strengthen marine safety, ocean data and technology and the fishing and aquaculture industries. Earlier this year, OFI issued a call for submissions to its next phase of large research projects (starting later this year, and concluding in 2023); it plans to invest $16 million into consortia that will focus on ocean climate change and the impact to North Atlantic coastal communities.

Sitting on OFI’s predominantly female executive team is Scientific Director Anya Waite, who explains that in this new phase, “We are trying to get natural scientists to work with social scientists, and also link in with engineers and physicists, so we can start to transfer some of the exciting ideas that scientists have for commercialization and the innovation landscape.” The institute’s mandate is one that Waite believes is universally relevant: “We’re barely catching up with where we need to be in terms of trying to mitigate climate change and impacts we have on diversity and other life on Earth. If we tackle climate change, fossil fuels and carbon dioxide accumulation in the atmosphere, we will have won. But getting there is a massive act.” She hopes these efforts will not be distracted by other global issues.

On March 25, Canada’s Fisheries and Oceans department named another 32 aquatic species to be added or reclassified under its Species at Risk Act. Currently, there are 225 species identified by the act as at risk in Canadian waters.

“Our job is to paint the details on how climate change is happening, and how ecosystems and organisms are responding to the changes that have already been experienced,” Waite explains, “and to mitigate loss of biodiversity with wise management and good advice on policy.” Among these efforts, a group of researchers is working with government policy makers to “future proof” Marine Protected Area networks so they continue to preserve biodiversity. And in Labrador, OFI is working with the Nunatsiavut Government to help devise ecosystem indicators in order to better manage the resources around their coastlines.

Data sharing is another exciting area for OFI, especially how big dataflows impact communities. “It’s just exploding now,” says Waite. “It’s an innovation landscape in Atlantic Canada, with the Creative Destruction Lab and organizations like Mitacs and Springboard Atlantic, bringing entrepreneurs and ideas into the forefront to see what can be commercialized that could potentially bring new industries and new ideas to Atlantic Canada.” OFI also has relationships with the Centre for Ocean Ventures and Entrepreneurship (COVE), as well as the Ocean Supercluster, exploring how research and business work together.

Emerging new technologies are making this an exciting time for OFI and its research facilities. There’s an array of tools for every facet of ocean study. “We will hopefully be able to share and integrate the use of various instruments,” Waite says. “We have chemical analyzers of all sorts. We have underwater imaging facilities, underwater gliders and ROVs [remotely operated vehicles]. Our aim is to bring together existing infrastructure and calibrate it to international standards, so that everyone can find it, use it and support it.”

Waite points to the work of a team under Dalhousie’s Jon Grant, who along with industry partners are using tiny sensors on mussels to monitor when they close their shells in response to toxins in the water – information that’s vital to fish farms. OFI researchers are also finding new ways of transmitting data underwater through sound and are working on novel means to measure the concentration of carbon and nutrients using microphytic cells on moorings deep in the water. Better ocean images are being delivered by new types of sensors for Argo Floats – self-propelled robots that descend to 2,000 metres and share information by satellite.

“We are seeing animal migrations we didn’t know existed,” Waite explains. “For example, we didn’t know the eel, a critically endangered species in Canada, could go down 700 metres. There are different types of cameras taking images from the smallest plankton in a litre of water to life on the sea floor at depths of 6,000 metres.” All the information that’s generated – genetic data, sensor data, satellite data
– requires significant computational power. “It means that we need to train a whole new generation of people who know how to mine these massive data streams,” says Waite.

“There are many fronts we are working on with data,” Watson-Wright adds. OFI relies on a network of committees and data specialists to build and maintain powerful information systems needed to harness the data streams. The institute recently entered into a new partnership aimed at helping industry and academia solve big analytical problems in the ocean. “IBM, one of our industry partners, has provided a platform called DeepSense to allow analytics, machine learning and all those kinds of capabilities that enable OFI researchers to gain more information from their ocean data,” says Watson-Wright.

“One very important aspect of what we do is knowledge mobilization that includes commercialization, but it also includes outreach and ocean literacy,” Watson-Wright says, pointing to OFI’s Ocean School, a partnership with Dalhousie and the National Film Board of Canada to develop a web-based curriculum for grades six to nine, available around the world. 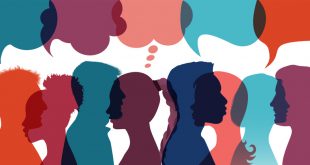 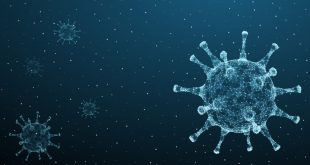 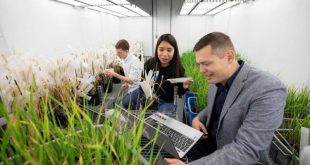 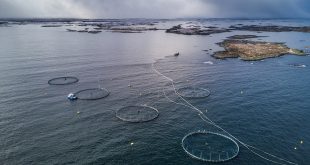