When you go to the grocery store to buy apples, you’ll notice that there is a diversity of types to choose from. Golden Delicious, Honeycrisp, McIntosh, Gala… the list goes on. Each one has a different taste and different properties, for example, in terms of eating, cooking and baking.

Anandia Labs was established to cut through that confusion. Page is also an adjunct professor with the University of British Columbia’s Department of Botany. In 2011 he co-led a team, along with Timothy Hughes of the University of Toronto, which did the first genome sequence of cannabis. Consequently, Page has been in the cannabis genetics business for some time now. He co-founded Anandia Labs in 2013 to delve deeper into the genetic makeup of the unique plant.

In the world of cannabis research, he explains, when people use the term ‘genetics’, they’re usually referring to seeds and cuttings of the plant, but Page defines cannabis genetics as “the study of the genetic basis for the traits in cannabis, the properties of the plant, and the genes that govern those traits.”

The lab is located on the UBC campus in a building available for commercial activities at an unspecified location, for security reasons. There, in the 2,400 square-foot facility, Page and his colleagues are busy genotyping cannabis and studying the genetic differences between cannabis varieties and strains, including medical cannabis types and hemp types, which are grown as crops in Canada.

“What we’re doing is using genomics… to try to figure out how different types of cannabis are related to each other and how that also relates to their medical use, so why patients prefer certain types versus other types for treating different conditions,” Page says.

The team is also looking at what genetic traits “govern high-value properties of the plant” he says. “We’re using a combination of DNA sequencing and chemical analysis in order to find genetic markers that can be related to different optimal qualities or optimal properties and then we can use those genetic markers for fast-track breeding.”

The Anandia Labs facility has a basic wet lab for molecular work like DNA isolation, PCR and plant extractions. There is a cultivation and tissue culture area which Page says is unique to facilities like his which grow a high concentration of cannabis plants for genetic work in a small amount of space. “We’re not growing giant Christmas trees of plants,” he says. “We go with very high-density plantings in a micro-culture environment so that we can have large numbers of plants in a reduced space footprint.”

The facility is also set up for liquid chromatography mass spectrometry (LC-MS) for doing chemical analysis of the plant, as well as contaminant testing and other activities. A strategic partnership with Waters Canada has also given Anandia Labs the use of a supercritical CO2 separation module (UPC2 ), “a new technology for separating molecules such as cannabinoids or terpenes from the [cannabis] plant,” Page says, as well as a Waters’ LC Mass Spectrometry machine with a UV detector, which is the “heart and soul of our analytical program.” The team is currently looking at the LC Mass Spec’s plant analysis capabilities.

Surprisingly, the genetic testing facility doesn’t own is its own DNA sequencers. Page says UBC’s on-campus DNA sequencing facilities meet his needs quite well. “I’m not a believer in buying DNA sequencers, I more so believe in using core facilities and that’s been my approach to all the genome projects I’ve been involved in,” Page says. “You get the newest instrumentation with the highest throughput and the highest quality in dedicated lab facilities, and more and more those are accessible in Canada and elsewhere. Compare that to the service contracts and all the other [issues] of having it in-house.”

Another feature of the lab facility is its secure storage, essentially a vault with “extra levels of security to prevent intrusion” where samples are stored. Part of the work Anandia Labs does, besides the DNA sequencing and chemical analysis of the cannabis plant, is acting as a testing facility. It performs quality control and genetic testing on samples sent in by Licensed Producers (LP), a small group of producers authorized by Health Canada to produce and sell or provide dried marijuana, fresh marijuana or cannabis oil to the public.

Anandia Labs charges for its testing services to LPs, authorized patients and clinical researchers. It is also developing new cannabis strains which will go to market in the coming years. The lab itself has a Dealer’s License from Health Canada which allows it to operate as a testing facility and receive materials from LPs. “We can bring in… dried cannabis destined for patient use and do testing, but we also have cultivation activities under our Dealer’s License, so we can grow cannabis and do analysis; do our science on our own material as well,” Page says.

The lab also actively supports a number of clinical researchers who are working on cannabis and need to know more about the plant and its chemistry. Page says he can’t go into detail about these clinical trials because they are currently under ethics review. “Various researchers, mainly in BC right now, are digging in to try to get some funding around clinical trial work and so we’re helping them with that,” he says.

The testing facility is maintained by a staff of eight who specialize in analytical chemistry, plant molecular biology and tissue culture. In addition to regular staff, because of its location on the UBC campus and Page’s relationship to the university, the lab has a number of students who help with day to day work and conduct academic projects. One of the projects Page co-supervises involves the microscopy analysis of the cannabis plant, specifically the little hairs on the surface of the plant, called trichomes. The cannabis trichomes are where the cannabinoids are produced and stored.

“It’s a fascinating plant to work on,” Page says. “It has a history of use going back thousands of years; it’s really the only plant that you can guarantee that every week it’s going to be on the front page of The Globe and Mail or something… and there are lots of outstanding scientific questions because research has been inhibited by prohibition.”

That could change as the Liberal government moves, slowly but surely, toward legalizing and regulating access to marijuana. “It’s going to be an interesting couple years in this cannabis world with those changes coming,” Page says. “One of the concerns is that with a push toward legalization for recreational use or elective use… is that the medical properties of the plant will be pushed aside.”

Cannabis is a highly valuable plant with immense commercial and scientific potential, Page says. What’s more, he says, when it comes to clinical work that has been done on cannabis and marijuana, Canadian researchers are steps ahead of the U.S.

“There’s really a chance for Canadian science and Canadian business to lead in cannabis, both in the biotech world and the pharmaceutical world, and science and evidence-based regulation of adult use… but we really need to allow scientists to get on with that work.”

Share
Previous Sequencing pot
Next Manchester on the move 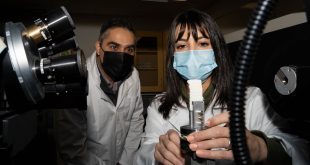 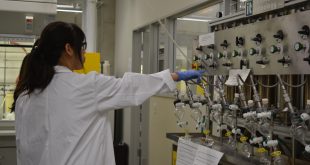 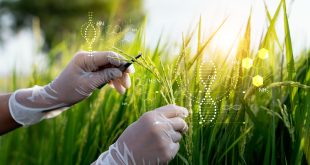 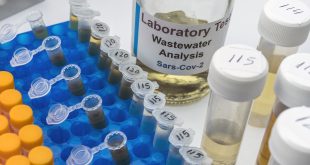 By Sean Tarry The past couple of years have been disruptive and chaotic, to say …