There is an exhibit at MaRS Discovery District in Toronto which commemorates Frederick Banting and Charles Best’s discovery of insulin in 1921 at the University of Toronto. An inscription reads “Insulin: Toronto’s Gift to the World.”

“And you know, it was a gift, because we gave it away,” says Andrew Booth, Chief Commercial Officer at STEMCELL Technologies. “Novo Nordisk, which is the largest supplier of insulin and insulin-related products, which is headquartered in Denmark, licensed the technology from U of T for nearly nothing and now does $18 billion in insulin and insulin-related sales around the world annually and employs 45,000 people, and they just took the European distribution rights and Eli Lilly took the North American distribution rights. Just imagine if that pharma company had been in Canada. It would have completely changed the economics of Canada.”

Founded in 1993, STEMCELL Technologies has become one of Canada’s leading providers of cell culture media for research purposes, which includes reagents, recombinant cytokines and other tools for the maintenance of cell cultures, as well as a number of tissue and stem cell types. The company has more than 2,000 products in its catalogue.

As in the case of insulin, Canada is also the birthplace of the field of stem cell research. In 1961, James Till and Ernest McCulloch published a study that established a quantitative method to study individual stem cells in adult bone marrow. The researchers had stumbled upon transplantable stem cells while studying radiation sensitivity in mice and that discovery had a far-reaching impact on cancer treatment, and laid the groundwork for regenerative medicine.

We don’t want to be telling a similar story years from now about how Canada let opportunities in stem cell therapy and regenerative medicine innovation pass us by, Booth says. If you use STEMCELL’s sales as a bellwether for research activity in this area, he says, 60 per cent of the company’s sales are in the U.S. and three per cent are in Canada. “The U.S. is maybe 10 times the size of Canada in terms of GDP, but [it represents] 20 times the activity we see in Canada,” Booth says. “I’d say we’re equally penetrated in terms of our sales channel and our access to market between those two.” The difference, he says, is that the U.S. has outpaced Canada in investment in this area, in academia, as well as in the biotechnology and pharmaceuticals industry.

Researchers everywhere are in hot pursuit of stem cell therapies that can treat a number of diseases and in order to do that work, they need providers of human cell and tissue products like STEMCELL Technologies, and their Spanish counterparts at Cytes Biotechnologies.

Cytes is a spin-off company created at the University of Barcelona in 2015. The company specializes in organ and tissue procurement, tissue processing and isolation, cryopreservation of human primary cells – with a particular focus on liver cells, or hepatocytes – and the distribution of those cells to researchers, says Technical Director Estephan Arredondo.

“If you are able to isolate human hepatocytes, you can develop drug interaction tests,” Arredondo says. “New medicines and new therapies have to be proven in humans and in animals. The most similar model to the clinical model is the use of human hepatocytes in research.”

Cytes isolates hepatocytes from liver tissue, freezes the cells and characterizes them, then distributes them to researchers involved in studies about the metabolism and toxicity, among other things, he says. The company is also developing in-house research in order to increase the viability and quality of the cells it is producing.

“The idea of our company is, first of all, to produce high-quality hepatocytes, but then we want to provide to researchers with human hepatocytes, but from patients who are disease associated,” Arredondo explains. “First, we need to understand how to isolate human cells from healthy donors and then, when we have an excellent procedure [in place] we will move to isolate hepatocytes from patients with pathologies such as hepatitis A, hepatitis B, cirrhosis in order to provide researchers specific models for investigations.”

Twenty-five years ago, STEMCELL Technologies started by providing a single product for growing hematopoietic stem cells, usually derived from bone marrow. “Since then, research has moved from just needing tools for hematopoietic stem cells to all different types of tissues, whether they are epithelial tissues, or cardiac tissues, and of course the pluripotent stem cells,” says Booth. Breakthroughs in the field, such as James Thomson’s description of the derivation and cultivation of human embryonic stem cells in 1998, and Shinya Yamanaka’s identification of stem cell growth factors in 2006, have pushed the needle on work being done in regenerative and personalized medicines, Booth says. That has had a profound effect on STEMCELL’s customers.

“The promise of regenerative medicine has really attracted a lot of funding for our customers and that’s been a real boon, both in biotech and pharma,” he says. Advances in immunotherapy and the use of organoids in clinical research have also influenced the work STEMCELL does, Booth adds. “Every month we’re coming out with a new product that supports a specific tissue growth in organoids culture,” he says.

Booth says STEMCELL Technologies is doing its part to make sure Canada is not written out of the future of stem cell technology on a global scale and to build on the momentum Till and McCulloch started more than 50 years ago. He would like to see Canada invest more in promising Canadian startups and Canadian-controlled private corporations in this area, helping them scale up their operations, rather than focusing on attracting multinationals to invest in Canada.

“We have a reputation of being able to manufacture media for some of the most difficult to grow cell types,” Booth says. “It’s our hope that we can provide those products to researchers and get carried along in the progress that those researchers make toward the clinic.” STEMCELL would love it, he says, if more of those customers were Canadian.

Share
Previous Bringing the next great idea to market – and to society
Next NEWSMAKER: Dr. Lewis Kay 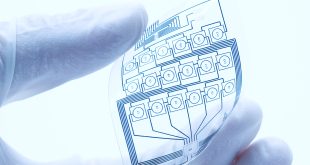 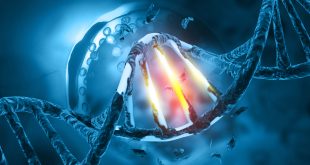 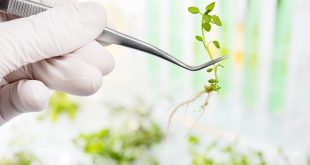 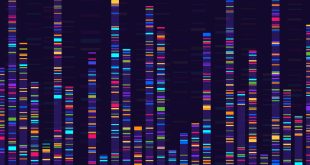