Mohawk College: We can be zeros (that is, net-zero)

Ask Tony Cupido to talk about the Joyce Centre for Partnership & Innovation – a net-zero energy building that opened on the Mohawk College campus, in Hamilton, Ontario, at the start of the 2018 school year – and you’ll hear a sense of pride in his voice that will sound familiar to anyone who has ever spoken to a proud new parent. And like most babies, the object of Cupido’s affection comes complete with features designed to keep people awake.

“We have two sensors in every room, a thermostat and a CO2 sensor,” explains Mohawk College’s research chair for sustainability and the college’s chief building and facilities officer at the time the Joyce Centre was being built. “We know that when the room gets occupied, the CO2 levels go up, so the system will adjust for that by providing additional air and cooling systems when needed so that people don’t feel uncomfortable. Staff and students tell us they love the new building – everyone likes the natural lighting, and it’s a very quiet building in terms of mechanical systems,” Cupido adds.

In May 2018, the Joyce Centre became only the second project in Canada and the first institutional building to earn a Zero Carbon Building – Design certification through the Canada Green Building Council’s Zero Carbon Building Program. Comprised of nearly 97,000 sq. ft. of labs, workshops, lecture theatres and industry training facilities, the centre earns this designation with a host of innovative features, including:

• a high-performance building envelope consisting of triple-pane glazing and insulated pre-cast panels, which help to minimize heat loss and to regulate cooling;

• 28 geothermal wells that draw energy from more than 600 feet below the building;

• stormwater harvesting of up to 342,000 litres and high-efficiency plumbing fixtures;

• plus, exposed structural connections and mechanical/electrical systems in public areas as part of a “living laboratory” approach to education.

Speaking of laboratories, the second and third floors are occupied by research labs for digital health technology, avionics, sustainable design and other related disciplines, grouped collaboratively in pairs separated by a building-height light well in the core of the building. The labs have the computer workstations and electronic teaching aids expected in a research facility with state-of-the-art equipment, but a combination of sourcing energy-efficient models and constant monitoring of energy use have resulted in a net-positive building – verified numbers show the building produced 76,000 kWh in the period between September 2018 and June 2019, almost 28 per cent more power than it consumed. Deploying mindful design principles is one way to lower the carbon footprint of a research facility; monitoring energy use is another.

“This is an outstanding achievement, and the production percentage is anticipated to rise,” Cupido says, though adding process loads (the amount of energy that doesn’t go towards lighting, heating and other building systems) is one of the larger challenges in developing ultra-high efficiency facilities: “Plug or process loads need to be monitored. Each laboratory is metered for lighting and plug load use.”

For all the building’s innovative features, what excites Cupido the most is the fact that no new technology is incorporated into the $55-million building. “In Japan and places in Europe, they’ve been using heat pump designs for years. Here (in North America), we’ve been stuck with conventional building systems for decades. One thing I’m proud of as an engineer is that we pushed the bar up really high, and our project partners responded accordingly.”

As Cupido recalls, the project came together in the spring of 2016, when Mohawk College applied for funding under the federal government’s $2-billion Strategic Infrastructure Fund for post-secondary institutions. Mohawk president Ron McKerlie challenged his people to think big, and they decided it wasn’t enough to merely upgrade existing campus facilities to make them more environmentally sustainable. Right from the start, Cupido says, there was a commitment to “go big” and demonstrate what a net-zero energy building could do.

After a full academic year of operations, Cupido is happy the project is a resounding success, which doesn’t mean there haven’t been a few challenges along the way. Knowing that driving technological change means adopting a cultural shift to go with it, at the start of the school year the college trained “zero carbon ambassadors” to help their fellow students understand the building better, specifically the dos and don’ts that come with working and learning in a net-zero energy environment. (“There isn’t a plug everywhere,” Cupido says – a shift for today’s plugged-in generation, to be sure.)

The bigger challenge he sees, though, is one that other operators of net-zero and energy-efficient buildings can sympathize with: a lack of trained personnel who can monitor the building’s numbers and adjust the systems  as needed.

“The analogy I like to use is the car,” Cupido explains. “You may have a good mechanic who understands internal combustion engines inside and out, but if you give him an electric vehicle to work on, then that requires a whole new set of skills. That’s where we are right now. We have a lot of people who are good at maintaining the buildings we have now, but what we need to bring net-zero energy buildings to the next level are more people trained to make sure the systems are working properly. We need people who understand energy production better, understand a building like this from a metering perspective.”

And that, beyond the immediate cost and environmental benefits, is where the value of the Joyce Centre lies. Mohawk College is now developing a curriculum to help train the next generation of builders and maintenance people who will have the skills and knowledge needed to operate the buildings of the future – and this facility, home to the college’s Centre for Climate Change Management, will play a huge role in attracting those people.

“I’m a strong advocate of leading by example,” Cupido explains. “If our students are going to change the world, then we can start with a building that exemplifies what can be done, with current technology.”

• The centre is home to new and existing programs offered through Mohawk’s School of Engineering Technology.

• High-tech labs and classrooms host students in fields such as clean and renewable energy, sustainable design, technology automation, cyber security and materials manufacturing, among others.

• The centre uses no natural gas onsite. The all-electric setup allows for the easiest route to low carbon for most buildings.

Share
Previous Making fuel from fumes
Next Is this the ‘big bang’ for clean energy? 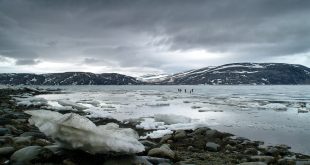 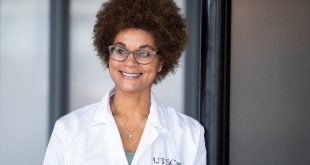 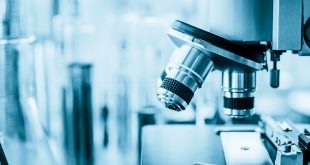 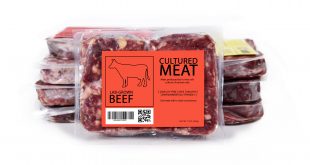 The Rapid Evolution of Cultured Meat

Is lab-to-fork the next big food trend?